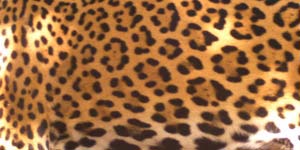 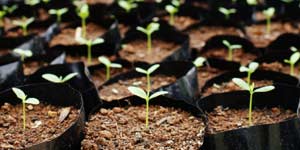 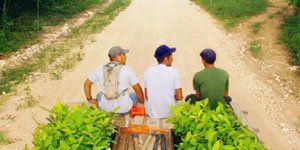 Conservation has been CSFI’s main mission for almost 30 years. Over the past two decades, CSFI has gained a significant knowledge in the management of protected areas, and what it entails. We focus our work on patrol and law-enforcement, however we never neglect to create a framework of trust with local communities. We are always neutral; we never take sides but always respect the Laws of Belize. Last but not least, we love to share what we do and believe in, be it with school children or foreign visitors.

The Shipstern Conservation & Management Area (formerly known as Shipstern Nature Reserve) has been CSFI’s main project ever since 1989.
It is an area of outstanding beauty that has known almost no disturbance since its inception.

The co-management of Honey Camp National Park is a more recent endeavour, as the agreement with the Government of Belize was signed in March 2013.
CSFI’s field teams are regularly patrolling and assessing what is needed to ensure the area’s integrity.

Belize today stands out in Central America, where deforestation is taking alarming proportions. However, if some areas in Belize are well protected, some others show a rather dramatic increase in development and forest conversion to agriculture and cattle ranching. The North-East suffers most, with a deforestation rate at almost 2.5% annually. Despite this rather worrisome situation, the possibility of linking protected areas in the region to the rest of the country’s reserves still exists, but time is running out.
CSFI has actively joined an initiative gathering the Government, private landowners and NGOs, which looks at implementing the creation of a corridor linking the Shipstern C&MA / Fireburn complex with the Freshwater Creek / Honey Camp complex, in a large scale landscape management unit. All stakeholders strive to make the corridor a reality as soon as possible.
Find out more 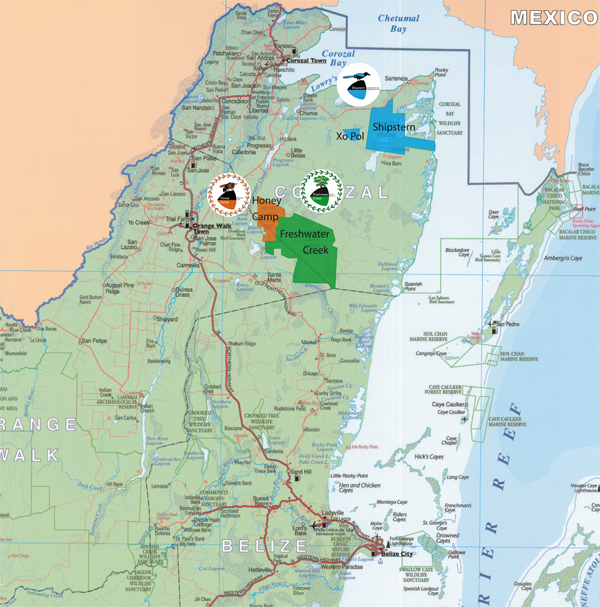 In 2013, CSFI signed a co-management agreement with the Government of Belize for the Honey Camp National Park, as well as a long term concession and co-management agreement for the neighbouring Freshwater Creek Forest Reserve (approx. 29,000 acres). From 2014 to 2016, CSFI has been instrumental in ensuring the integrity of Freshwater Creek, while also initiating in-depth studies of its forest, to understand their current state. High conservation value (HCV) zones have been identified, as well as production forest zones. Stock surveys are carried out on a continuous basis, and after much testing, natural or artificial gaps are now being replanted with valuable timber such as Mahogany. To date, CSFI has produced more than 15’000 trees, of which close to 10’000 have been replanted in the forests of Freshwater Creek FR. Several thousands have also been given as a gift to school, local NGOs, farmers, etc.

While Shipstern has long been the main magnet for tourists in north-eastern Belize, CSFI has also recognized that the potential for tourism is far greater, for example by including the rich cultural heritage, past and present, of the region. In parallel, CSFI is aware that more often than not, revenues from tourism do not remain in the local economy, but tend to flow to tour operators and other middlemen. CSFI has developed tourism in the North-East of Belize as a not-for-profit tour operator based locally. It thus ensures that everyone in the system earns decent revenue, and that all profits are 100% re-invested into conservation. The Shipstern Conservation & Management Area is located in the very North-East of Belize in the District of Corozal. Established in 1989, it was officially opened by the Minister of Natural Resources in September 1990. It is composed of two entities: one large parcel surrounding the Shipstern Lagoon, and a smaller entirely forested area around the Xo-Pol ponds, to the West of the main bulk. On October 31st, 2012, the Shipstern C&MA was declared a trust in perpetuity for the benefit of the People and Government of Belize.

The Shipstern C&MA has long been recognized as one of the key protected areas of Belize, as it safeguards an large array of rare habitats, some of them unique for Belize. The forests in and around Shipstern have been regenerating with almost no disturbance ever since Hurricane Janet destroyed the entire area in 1955. Thus, although they are still secondary in stature, the forests of Shipstern can be considered as pristine. 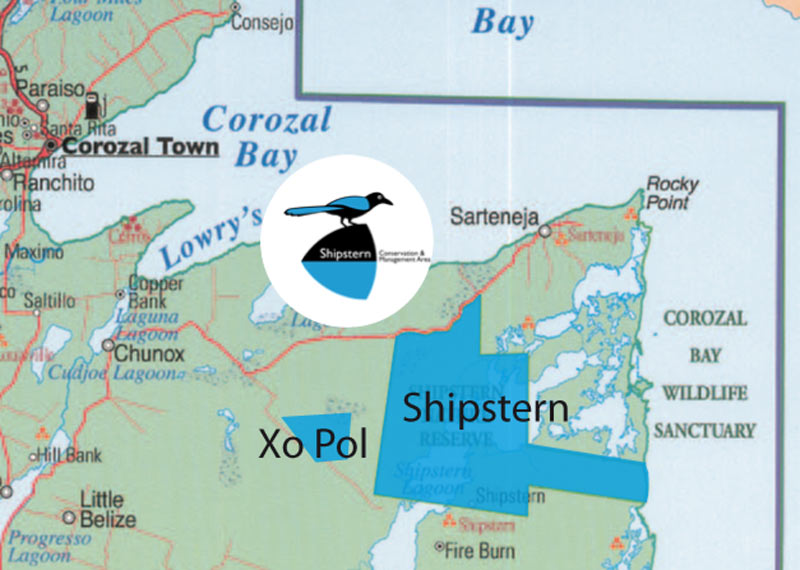 The fauna of Shipstern, thanks to almost three decades of protection, is still very diverse and seemingly abundant. Peccaries, curassows and deer roam the forests and savannahs, being precious prey to jaguar and puma. The other three cat species of Belize are also all present. The keel-billed toucan is still abundant, as are several species of parrots, and many other bird species of the Yucatan peninsula. Of these, quite a few are only to be found in Shipstern and surrounding areas. Another rarity is the black Catbird, of which Shipstern is still the only known mainland habitat. Please visit the download section to find documents on Shipstern’s fauna. Please visit the Download-Section to download documents on Shipstern’s fauna.

The flora of Shipstern is equally diverse. It is the only location in Belize where the medium-sized semi-deciduous Yucatan forest can be found, alongside an even rarer forest known as the Kuka Palm Yucatan coastal dry forest. This forest type is not only extremely rare in Belize (only to be found in Shipstern and Bacalar Chico NP), it is also confined to only four small areas in the whole of the Yucatan Peninsula. Similarly to fauna, many plant species are in Belize only found in Shipstern (and to some extent in Bacalar Chico NP). One of these is the Tuc tree, the narrow-leaved Agave or the purple Gumbolimbo. Please visit the Download-Section to download documents on Shipstern’s flora.

On May 14, 2013, CSFI signed an agreement with the government pertaining to a long term concession for the management of the Freshwater Creek Forest Reserve (adjacent to the Honey Camp National Park), in parallel to a co-management agreement.

In 2013, CSFI concentrated its efforts in saving Freshwater Creek Forest Reserve, which was in the process of being invaded by illegal agricultural activities, a situation that may have led to the downsizing or even dereserving of the forest reserve. In the year 2014-2016, the forest management team of CSFI carried out ground-breaking forestry work, with the aim of getting a better understanding of Freshwater Creek’s forests. Also, High Conservation Value areas (HCVs) were designated, which in turn allowed to designate which part of the reserve would become production forests.
In 2017, the last preliminary studies will take place, aiming at understanding what costs are involved when rehabilitating, thinning and replanting the forests of Freshwater Creek.

CSFI is convinced that there is a potential for sustainable forest management that is presently untapped in the area. Corozal’s hardwood phenotypes are among the best in Central America, especially for mahogany, and protecting and nurturing this natural resource over the long term would represent a serious livelihood benefit and resource-generating activity. Markets for responsible hardwoods are bound to increase, as well as prices, since demand is quickly outstripping the unsustainably-logged supply. 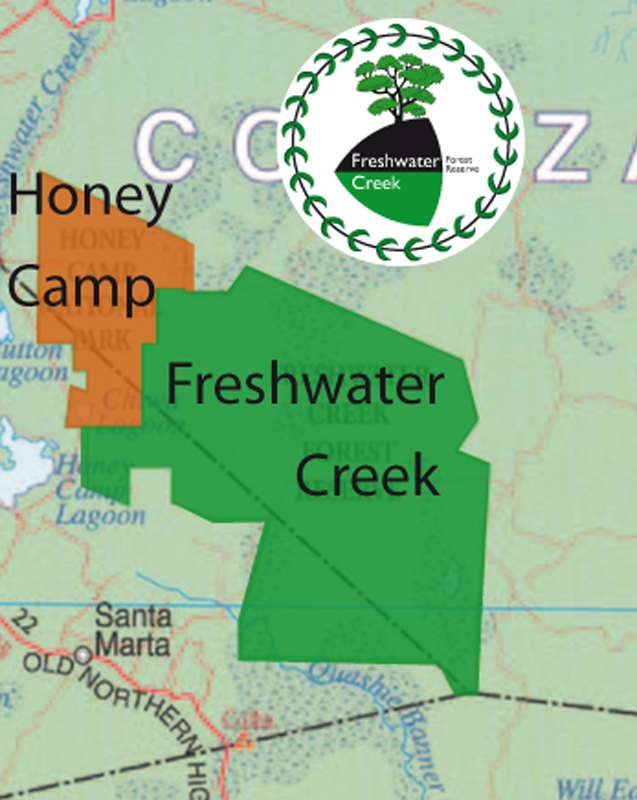 To turn the crisis facing the hardwood species in northeastern Belize into an opportunity, CSFI proposes a holistic approach to managing Freshwater Creek FR and Honey Camp NP. Our main activities will include:

On March 21st 2013, the Ministry of Forestry, Fisheries and Sustainable Development of Belize signed an agreement with CSFI, whereby CSFI will manage this somewhat forgotten protected area of the Corozal District. The national park encompasses about 3150 hectares (7770 acres) of still continuous forest cover. Honey Camp NP is also, together with the Freshwater Creek Forest Reserve, one of the key components of the Northern Biological Corridor of Belize. 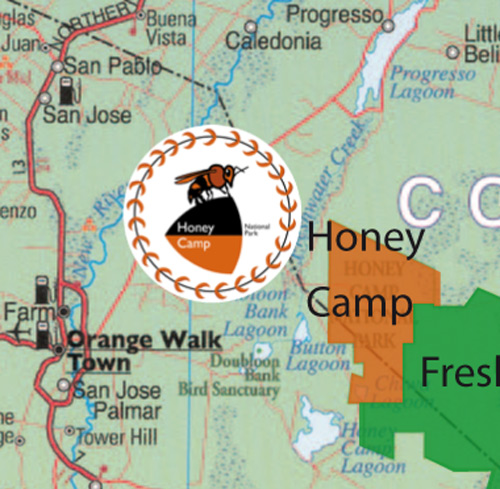 During the initial months after the signing of the agreement CSFI implemented the most urgent activities, including: meeting with local communitiesto discuss issues pertaining to the National Park, controlling of all borders and instalment of signage, assessment of illegal activities past and present and, of course, active surveillance and enforcement.

Honey Camp as such is managed as a biodiversity reservoir and a haven of tranquillity for fauna, in close tandem with Freshwater Creek Forest Reserve. In essence, Honey Camp National Park acts as a High Conservation Value area for Freshwater Creek. In due course, and if funds are available, a tented ranger / tourism infrastructure will be constructed, to make surveillance and visits respectively more efficient and more pleasant.